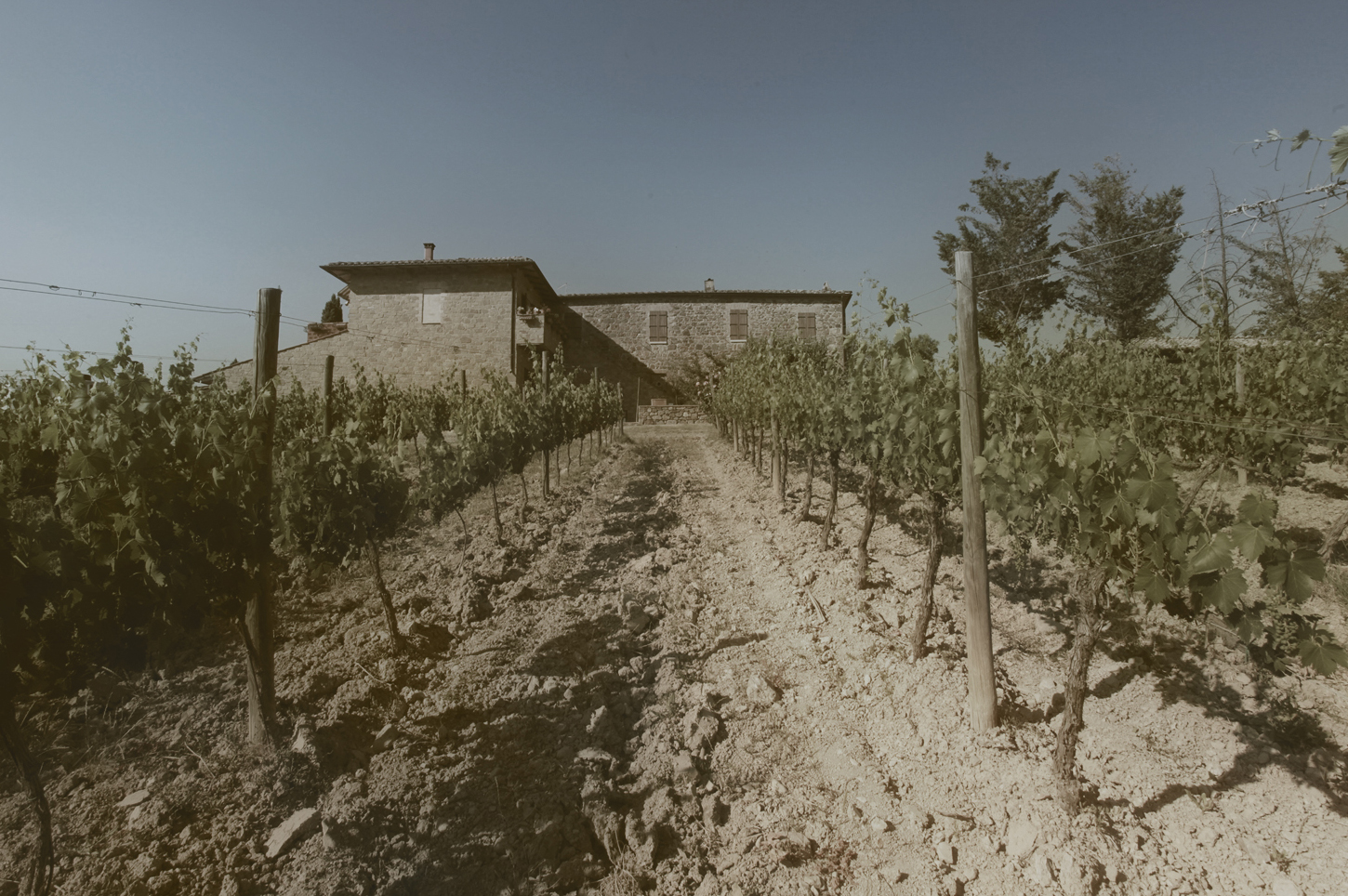 The family of Livio Sassetti produces wine in Montalcino for over three generations. The Podere Pertimali and its 16 hectares of vineyards are located in the Montosoli area, north of Montalcino, a particularly well-known area for the cultivation of the Sangiovese. Faithful to the teachings of his family Livio has over time renewed and expanded the vineyards, preserving the genetic heritage of the old vines and preserving the primigenie characteristics. In 1967, Livio was among the founders of the Consorzio del Brunello di Montalcino and in 1968 he built a terracotta wall in his cellar to preserve the old vintages of the wines produced by the family, the company’s historical memory. Today, the collection consists of almost 1000 bottles, including one that could be termed ‘the great-granddaughter’ of current productions, a bottle dated 1915. In 1999 the Sassetti family acquired a company in Maremma, La Querciolina, within the Montecucco DOC. Thanks to the great passion and experience, vineyards abandoned are transformed into vineyards capable of producing Sangiovese and Ciliegiolo of the highest quality.

Located in the Montecucco area, in Umbria, La Querciolina is acquired by the Sassetti family in 1999 and transformed into the second reference point of the company.

The origin of our company, where all our pride in what we have created resides. The company Livio Sassetti Pertimali was born in Montalcino, where we produce our Brunello, a famous wine to be among the most valuable.

In Valdobbiadene we also produce our sparkling wines, being moved with the aim of working on the site, being a famous area for the quality of its prosecco. Despite the change in production, we are very proud of the result.

We use cookies to ensure that we give you the best experience on our website. If you continue to use this site we will assume that you are happy with it.OkRead more